Traveling large distances always seems very magical to me. You step on a plane, wait for a couple of hours and end up someplace totally different – for example in Singapore, if you’re lucky. Singapore is way more than just a stop-over city. During my 3-week vacation in March I have spent seven days and six nights in Singapore and I have not run out of cool places to see or awesome stuff to do. Since a lot has been written about this great city and its main attractions already (the Lonely Planet offers a solid information basis, as usual) I would like to tell you about my personal favorite places beyond the mainstream that include the most amazing coffee shop (believe me, I have tried a lot of different coffee shops!), the cutest bookstore selling mainly poetry and hand-stitched notebooks, the best place to indulge in some insanely delicious (and expensive) cake paired with an insane city view, the nicest location for some quiet time in this busy city and where to eat the best Michelin-starred hawker food.

But first, coffee! – at “Free the robot”

You know I love coffee and I never leave out an opportunity to taste a new coffee-creation, especially when traveling. So, in Singapore, while I was strolling through a district called “Outram”, I came across this very cute coffee shop called Free the robot that is located on a beautiful street called “Telok Ayer”. The first thing I noticed was the creatively painted exterior wall that featured a red robot that reminded me a bit of the Android logo (in a positive way, of course). Sneaking a peak into the cafe I noticed a very hipster interior design that featured dark wood and retro furniture, combined with awesome graphic art featuring the little robot. So obviously I had to go in and check if the taste of the coffee matched the very appealing appearance of this place. And yes, it did! I ordered the Free the robot signature coffee that contained coconut oil that had been fused into the coffee, as the friendly lady behind the counter explained to me upon asking – and mhhh, what a treat! I have never tasted anything like this before. If you are not into hot drinks while having to endure hot temperatures I can also recommend the cold brew that comes in a flask, as you can see in the picture in the gallery below. It tastes slightly sour and will cool you down immediately. Make sure to plan a coffee break when you are in the neighborhood.

Food for thought at BooksActually

While some girls can spend hours hunting for clothes in huge department stores I can easily spend hours browsing through bookshelves – especially if a bookstore is as nice as BooksActually in Tiong Bahru, a very cool district of Singapore. I usually buy one book for my book collection when I am traveling to places far away, but at BooksActually I really had to restrain myself from piling up books in my arms until I probably would have exceeded the maximum weight of my suitcase allowed for the flight home. Not only was this bookstore unbelievably cosy and well curated, it also featured a vending machine where you can purchase a “mystery book” if you are passing by (you can see the vending machine in the picture in the gallery below).

BooksActually sells all kinds of books – fiction, non-fiction, poetry, art and design, travel guides and much more. They also have a little room in the back – guarded by two adorable cats – where you can find little presents or souvenirs to take home. I decided to buy a poetry book with the very promising title Poems for a world gone to shit that you can also order in the online shop if you feel the need to “to make even the most f**ked up times feel better”. And if you manage to head there physically to choose your own book grab a cake at the nearby Plain vanilla bakery afterwards. It will be the perfect afternoon.

You might already have seen the picture of the giant piece of chocolate cake in the gallery below, but: the picture actually does not give credit to this piece of cake because it was so BIG that no normal human being would have been able to eat it in one sitting without passing out due to an overdose of blood sugar. But I need to start from the beginning.

So I had booked two nights at the Marina Bay Sands (there will be a separate post for this memorable experience) and after checking in I had a craving for cake. The first thing you do at this awesome hotel is of course to check out the rooftop pool (which is only accessible to hotel guests, by the way) and the rooftop restaurant which is called Lavo. Upon investigating Lavo’s menu I found a very promising dessert section that listed a slightly expensive “20 layer chocolate cake”. Although twenty-four Singapore dollars seemed a lot to me I thought “What the hell, it’s the Marina Bay Sands” and ordered it. A few minutes later a lady with a black minidress that barely covered her buttocks handed me a plate with a piece of cake the size of my forearm. After having overcome the first shock I dug my fork in this creamy, peanutty chocolate-wonder and enjoyed it all: the sugary taste, the view from the top of this architectural masterpiece and the feeling of being a completely spoiled, perfectly happy human being. This bliss of course ended after five bites because your body can only take so much sugar – but the lady with the short dress packed the remaining two thirds of the cake in a to-go bag for me and thus I was able to extend the enjoyment of my cake two more days. So all in all the giant piece of cake was worth it’s price and matched the giantness that is the Marina Bay Sands very well – an experience to remember.

Swing yourself to rest at Fort Canning Park

Fort Canning Park is probably a location that is listed in every major travel guide for Singapore. It is an “…iconic hilltop landmark [that] has witnessed many of Singapore’s historical milestones. The hill once sited the palaces of 14th century Kings and served as the Headquarters of the Far East Command Centre and British Army Barracks.” If you are not as keen on historical details as I am it will be enough to know that this park is an oasis of peace and quietness that will let you escape the city hustle for a while. There is a big lawn on top of the hill with beautiful trees and a few Hollywood swings where you can sit and relax and calm down. Have a look at the picture below – it was my favorite spot this particular afternoon.

A few days before my holiday a former neighbor of mine, who happens to be an Asia-expert, mentioned that there is a guy selling hawker food in Singapore who has been awarded a Michelin star for his exquisite chicken in soy sauce. Upon googling I found lots of reports and reviews about Chan Hon Meng and his famous Soya Sauce Chicken Rice & Noodle dish – so of course I had to go there and check it out! You can find Hawker Chan’s restaurant right in Chinatown surrounded by various other stalls and restaurants. Since he got very famous over the past year you have to expect a queue and a short waiting time before you can indulge in your chicken in soy sauce (check out the picture of the dish below). This taste experience in Chan’s rather modest restaurant will cost you only a few Singapore dollars and it will be something you remember – because where else would you get a Michelin-starred meal as delicious as this for this price? Sure enough, the serving is not very large, but look on the bright side: this way you’ll be hungry enough to try even more of Singapore’s awesome cuisine. 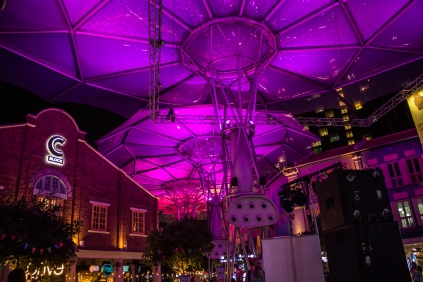 Gardens by the bay 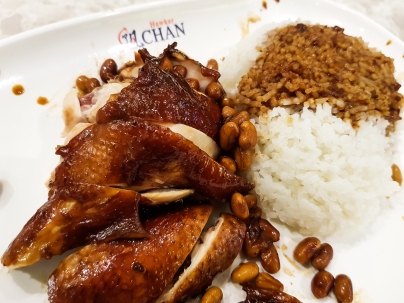 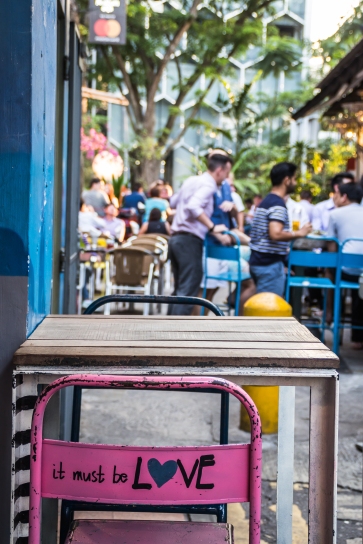 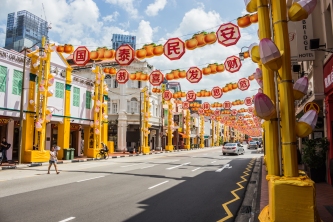 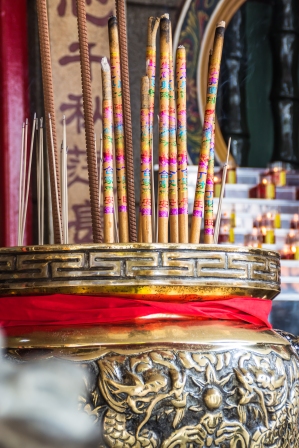 Incense sticks at a Chinese temple 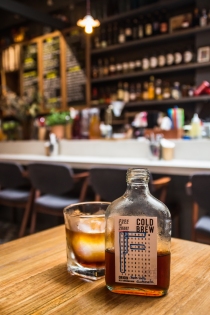 Cold brew at “Free the robot” 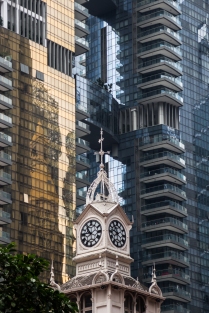 Helping you live the life you want on any budget.